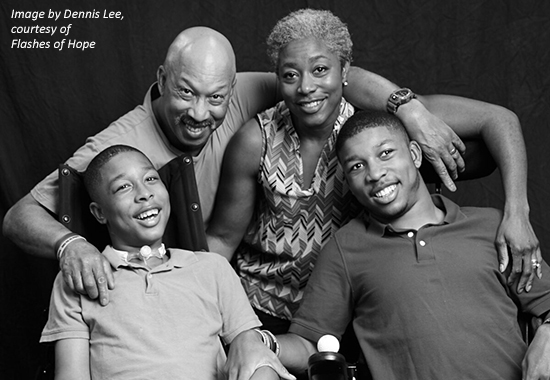 “To have an organization that... (makes) the family’s job, even though it’s a difficult one, run more smoothly, that’s what Specialized Care for Children really does.”

“There’s not a cure, but they still can live a good life.”

The adventurous duo enjoy power soccer and adaptive swimming, sailing, cycling, bowling and rock climbing but also love to relax with an audiobook or listen to music.  They naturally attract people with their poise and confidence, and both are “handsome as all get-out,” according to their proud mother, Gina.

“I joke and tell people, ‘It takes a lot to keep them pretty,’” Gina says with a laugh. “They have 14 different doctors. There is a serious team behind them.”

Garrett and Gavin were born with a rare genetic neurodevelopmental disorder called Pelizaeus-Merzbacher Disease that affects their vision and ability to eat, speak, breathe and move.

Garrett was diagnosed when he was 3 years old, just a month before Gina and her husband, Gordon, found out they were expecting Gavin. An amniocentesis before Gavin was born showed that he, too, had the disease but would require greater medical support than his brother.

Both Garrett and Gavin use power wheelchairs, while Gavin has a tracheostomy tube and a gastronomy tube. The first four years of Gavin’s life were very trying and doctors didn’t expect him to live, Gina recalled.

The Joneses first learned of the Division of Specialized Care for Children (DSCC) during Gavin’s hospitalization for tracheostomy surgery, when he was only 1 year old. Gina and Gordon realized they could benefit from the support and care coordination we provide.

The Jones’ care coordinator helped them bring nursing care, therapies and medical specialists together by coordinating communication among the many providers involved in Gavin’s health care. She also helped them work through accessibility issues for their home and transportation needs. Their care coordinator connected them to vendors and guided them through the process of getting a wheelchair accessible van and a lift to get in and out of the house.

“If you don’t have information, you are not able to navigate the travels and travails of being a caregiver for people with a disability,” says Gordon, emphasizing the importance of the ongoing information the family receives from their care coordinator.

“To have an organization that really tries to focus on the family itself, and tries to make the family’s job, even though it’s a difficult one, run more smoothly, that’s what Specialized Care for Children really does,” Gordon says.

“We can’t change the disease. There’s not a cure, but they still can live a good life,” Gina says.

The Joneses incorporate fun and adventure into their daily lives as often as they can. Together, they explore their city and neighborhood; take in cultural events and activities, such as outdoor classical music concerts, operas and plays; camp; play adaptive sports and take cross-country road trips.

“It takes a lot of doing to try to organize what you have to do at home and try to fit outside things in, but it’s necessary because if you don’t continue reaching…you are not going to get anywhere,” Gordon says.

Gina and Gordon hope their family’s experiences can help others.

Gordon’s advice to families: “Don’t be afraid to pick up the phone, to read, to look at the computer, because all of these skills you are going to need to navigate the maze effectively.” 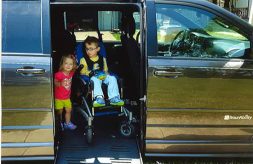 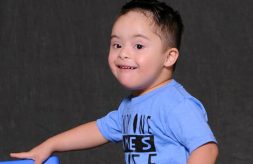 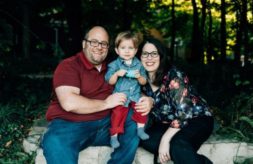