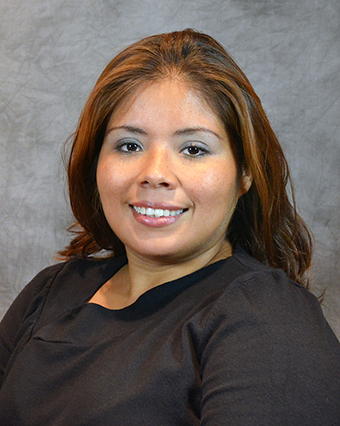 Maribel Cano is the 2016 recipient of the UIC Division of Specialized Care for Children (DSCC) Award of Merit.

Cano is a Program Coordinator Assistant in DSCC’s Home Care Region 2 Office in Rockford. “Maribel is well known as a tireless team player whose enthusiasm, determination and compassion are an inspiration to colleagues and great source of comfort to the families we serve,” said Executive Director Thomas Jerkovitz.

Cano says she enjoys all aspects of her job. “I love being able to take a referral, usually when the family is the most vulnerable, and working with them until they become independent and strong,” she said. “This transition can take months or years to happen, but it is great to see our families grow and know that we were there to support and guide them when they needed it most.”

DSCC staff nominated seven of their colleagues for this year’s honor. As the winner, Cano receives an Award of Merit memento, a $2,000 award and recognition from the Executive Director. The other 2016 nominees are: Trinice Barron, Taralee Darst, Kimberley Firkins, Robin Mahnken, Norma Mercado and Lynda Miller.